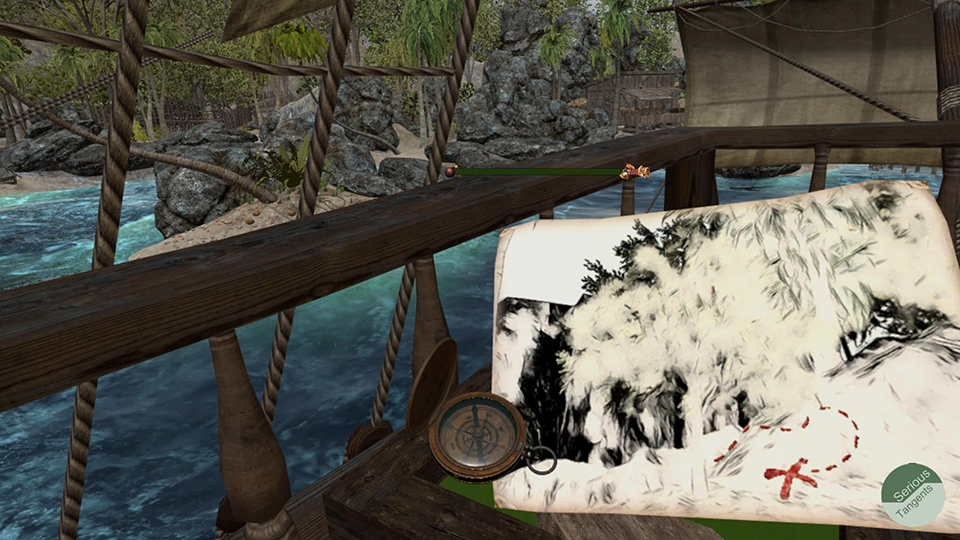 Now that I feel I have completed the work necessary for the Treasure Hunt to be a fully implemented feature, I can now turn my focus to the next item on my to-do list.

I designed the game for an English speaking audience but the last couple of days I’ve realized there’s no specific reason I couldn’t replace the text in the limited number of menus with that of different languages. So yesterday and today I’ve been working on tweaking the interface for the Treasure Hunt itself, and also pulling together some code to globally replace text references in the game with alternative language text.

I think I might be able to implement this before the week’s end. Also, I’m looking into possibly changing movement to be more than just teleport but also include dial-pad presses for locomotion. I personally get motion sickness with this, but it’s one of the first things that was requested (beyond, of course, multi-player).

Once the localization is complete, I have a few other goals in mind to improve graphic and audio quality, and tweak the system overall.

I’ve become aware of a specific situation where the ball can come to a rest right on the edge of a specific trap and although the put registers as complete, the ball starts to fall to the terrain and the system flags about 20 strokes in a ten second period. I’ve implemented a temporary fix to the problem to see if it bears fruit.

Have a great week, everyone!