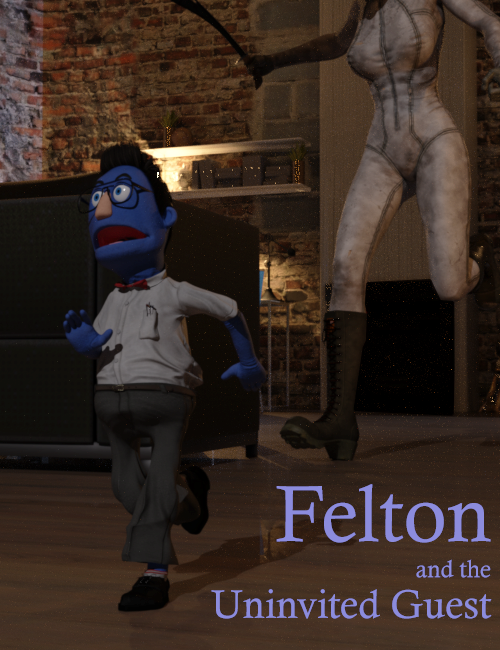 I utilize Daz3D for creating the bulk of my artwork. I used to dabble in watercolors and still to try to hold a brush once in a while, but as my hands have this bit of a tremor (getting progressively worse as the years grind by) it’s becoming more difficult to keep the long sweeping lines from not having the occasional jerk to the side.

Instead, I use a computer. Then it doesn’t matter if my dominant hand decides to twitch at an inopportune time. A Control-z fixes most issues almost as quickly as I can make them.

I’ve tried my hand at making computer models before, with some level of success. I made a handful of theme park rides at one point, specifically a yo-yo ride, a merry go round, one of those ‘rocket launcher’ rides, and a really basic Ferris wheel. They were intended as background, animated 3D objects for a relaxation app I was creating for myself. It was an interesting process, but it wasn’t something I felt I wanted to pursue.

Still, Daz3D has an extensive library of various models, scenes, and the like. It’s kind of like Unity in that respect, where you purchase various components and combine them to make something new and unique.

Over the last 15+ years I’ve invested no small amount of change into my collection of models, and recently I was going through them to see what I might be able to use for creating some ‘sketches’ like I used to draw.

Now, I bought Felton at some point last year, and forgot I had him in the assortment of models. I’ve always wanted to create some demented children’s stories and decided that I would poke around and see what kind of dumb imagery I could come up with.

I’ve always been a fan of Call of Cthulhu and somehow, Felton just seemed like the guy to get launched head first into the gaping maw of insanity itself.

I started off small. Felton and the Uninvited Guest, which was a throw back to the old slasher style film. I sent the final picture to friends and they… legitimately… had many questions.

Their responses were amusing and gave me the activation energy for The Surprise Vacation.

I’ve got a couple of other ideas floating around, and I’ve been strongly urged to create a graphic novel of Felton. Not sure if I’m going to pursue this, but if I do, I apologize in advance, Felton.

You’re going to be a protagonist.

Anyway, now that my life doesn’t consist of endlessly pouring over the same programming scripts, I’m offered the opportunity to work on a couple different things and these little mental goofing-off doodles just make me happy.

Unrelated, I’ve chosen this Friday as the release date for my novels. I’ve been stalling long enough, and I need to put these out there.

Have a great day, everyone!