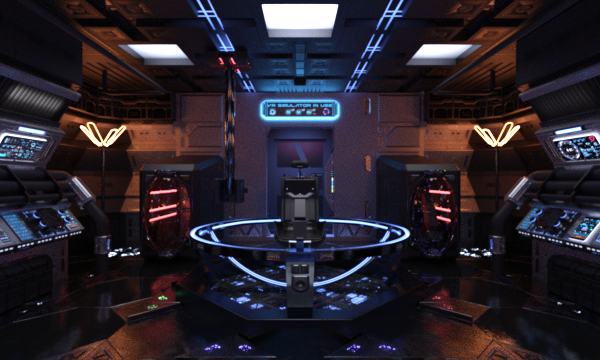 What follows is an excerpt of some of the programs available for the Hacker to purchase or utilize during a journey into Mass Data Nodes, a process referred to as a ‘Slide’ by any who perform the activity.

This curious software package causes opponents to randomly turn or shift position.  At best, this simply annoys or inconveniences a program or Slider, but for a Tracer program, the consequences are devastating.  The minor changes force it to re-initialize its search from its new position, so one or two solid hits effectively nullify a Trace To Source function until the virus is removed from the program’s code.

Not quite powerful enough to be a full AI in its own right, the Ex-Girlfriend is still an extremely powerful weapon to sic on an unsuspecting program.  It initially removes sense routines, usually by clawing eyes out.  The sharp fingernail motif continues as she slashes away or, alternatively, she delivers a kiss of death that dissolves the program out from the inside.  She can also overload programs with thousands upon thousands of “Why haven’t you called?” inquiries.  Regardless of the form of attack or personal taste in attire and appearance, the Ex-Girlfriend is always amusing to watch, even against programs she’s not designed for.  Sadly, she’s at a complete loss versus other Sliders due to her overall design.  Sliders have too many tools at their disposal, and rather than compensate, she tends to freeze up and throw temper tantrums.

The Fashion Blunder, by hook or by crook, will convince another program to shut itself down.  Once Fashion Blunder does enough ‘damage’ to derez a software package, it turns off.  This does not actually damage the program, so neither Observing nor Passive Baseware will not Alert Others due to attack, nor will they counter-attack since the program itself is technically not at risk.  Alerted Baseware will view Fashion Blunder as a threat and typically respond as they are programmed.  Fashion Blunder is exceptionally comical to watch as it points out how out of style the avatar’s graphic is or how out of date some routines are.  While technically a ‘stealth’ program, Fashion Blunder will be very obvious to other Sliders in the area.  Only really self-conscious Sliders are affected by Fashion Blunder; most simply ignore the commentary and reactivate software turned off by the Blunder.

An alert technician or Corporate Slider that notices one or more of their software packages have been turned off from their console will usually turn them right back on once they spot the problem.  As a result, Hackers typically save the Fashion Blunder for Gateways that need to be passed through but don’t want to raise alarms to do so.

Taking the form of white gloves, elbow pads, kneepads, and socks, the Unexpected Semicolon battles against software and Sliders alike, using a bewildering array of hand-to-hand fighting styles.  Solid blows delete code or stun cerebral cortexes.  It is particularly effective against Patrol A.I. as they sometimes can sneak in an attack before the Patrol A.I. is even aware of the Semicolon’s presence.

An Unexpected Semicolon will immediately attack any and all other active instances of Unexpected Semicolons they encounter in a particular Node, even those used by allies or neutral parties.  When in this state, they will ignore other programs or Baseware, and disregard orders from controlling Sliders until all but one are derezzed.  Something in the code about “there is only room for one.”  This quirk prevents the Slider from having multiple copies of this particular program running simultaneously on a specific Slide.

There is an unspoken agreement that should more than three Unexpected Semicolons be in combat with each other, that all Sliders in the area will refrain from performing encoding bonuses for the fight’s duration.  Most of these fights go unwitnessed as their respective Sliders will continue to fight using other tools at their disposal, but sometimes corporate and rogue Sliders will stop their bickering (temporarily) and make wagers on who is going to be victorious.  Winner gets bragging rights.