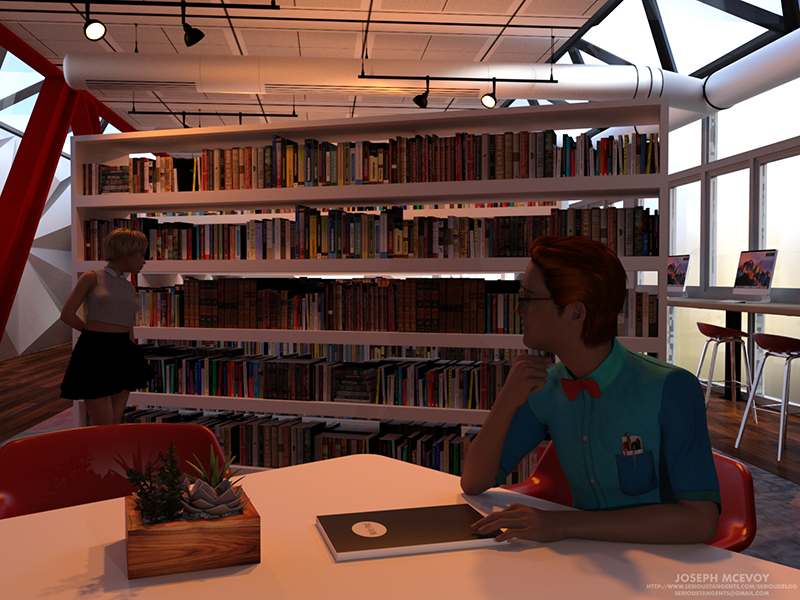 After a lot of work and experimentation I developed a system of correction that eliminated all the seams/breaks in the courses that I found, and can now move on to other aspects of the project.

With an entire board to throw a dart at, I’ve decided to focus on the radio.

Now, music can help set the tone. I have a general soundtrack that I’ve selected for the game: a combination of acoustic guitar and Hawaiian tunes selected because the area is, of course, a tropical island if nothing else.

But I’ve determined from my last mini golf project that people can rarely agree on what kind of music they want to hear in a mini golf game, let alone any other kind of game. GTA5 solves this problem in a very real-world kind of way via a dozen radio stations (complete with commercials) and players can tune into whatever music they feel like listening to while chilling and blowing stuff up.

Now, there are a lot of environmental factors in my game that I’m working on. Flying seagulls and crows, sunsets, and the scenery of the island itself. The handful of people that I’ve had don the helmet, well, they generally play mini golf for about five minutes then start hurtling around to explore.

Why not give them things to find?

Sure, I’ve hidden sea shells that unlock more parts of the mini-golf game. But I’ve also started thinking in terms of scenic views and if I were really there, would I sit for a minute or ten to just watch the ocean?

So while it breaks a little bit of the game’s immersion of a no-technology ancient pirate world, I created a space on the edge of the beach, surrounded by rocks, with a parasol umbrella, folding beach chair, and radio (along with a candle). The chair ‘faces’ the direction of the setting sun and I created a zone around this area that stops the primary game music so the little audio clip from the radio can be clearly heard.

But this is me, we’re talking about here. A single, three minute looping song isn’t going to cut it.

I toyed around with different music types and styles, and decided that I’m going to have the radio automatically ‘know’ meditation-style music. The player will find it in a space where they can watch the sun set, after all, and I wanted to set the tone for that kind of scene.

The player should be able to pick the radio up. I mean, why shouldn’t they?

Wouldn’t it make sense that some areas of the island have better reception for different stations than others?

Once a station is found, shouldn’t the player ‘remember’ where it is on the dial?

So I developed a hide-and-seek idea with radio stations. Sure, the player can just spin the dial and I’m going to put in various sorts of audio-static sounds. But I’m also going to add in little paper cranes (of various colors) and when the player actually picks one up and looks underneath it, they’ll see a number written on the wing. This will make a little mark on the radio dial (I haven’t decided if the player must be carrying the radio at the same time or not) and they can then unlock a new radio station type.

But with a radio station, there needs to be a queue of songs, not a singular loop. So I plan to apply a jukebox approach and create a list of songs to cycle through, maybe even toss in some radio announcers.

It’ll be a complex aspect of the game, although from the player perspective it will be seamless. The main music will simply tune out, the radio tunes in, and if the player carries the radio with them (or sets the radio down near the courses so they can focus) the new music will override the old, but with the added bonus that the music will sound like it’s originating from the radio itself.

The art print at the top of this posting is the first piece I’ve done all year. I wanted to do a simple still-life picture for a while now, and while this is a reasonably simple scene, I did some experimenting with different values of quality to see what the end result would be. I’ve been learning more about the de-speckle functions specifically and I think that’s probably why this doesn’t quite look razor sharp, but again real life isn’t in high definition anyway.

I’m hoping that the somewhat bumpy start to the year is now smoothing over. I don’t like Brain Fog any more than I like Bad Brain or Brain Weasels, and unfortunately cyclic depression (plus seasonal depression) tends to slam the brakes on project development. Seem to be over the worst of it though.