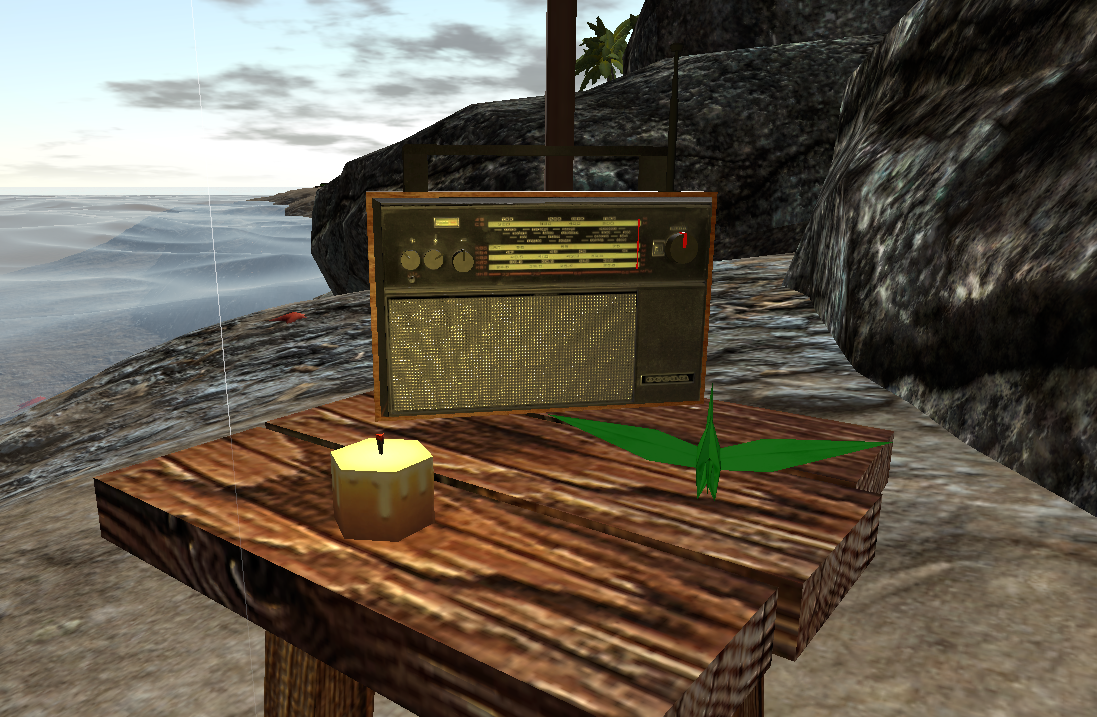 So now for the weekly project update for Pirate Island Mini Golf.

Over the years, I’ve purchased a lot of music to potentially go into different games. I wouldn’t quite say I have an impulse control problem… but I kind of do when it comes to buying assets I ‘might’ use later on down the line.

This has resulted in a lot of paid music tracks and a lot of free music tracks. Trying to narrow down the kind of music I’d like in the game has been challenging to say the least.

The whole idea behind the radio was to introduce different kinds of music for players to listen to if they get tired of the default music. I created a couple of stations, six really, and I also to be a little bit playful created six paper cranes of different colors that, after picking up, will ‘unlock’ a station to listen to. Unlike the sea shells, the cranes really are not hidden anywhere ridiculous and even the most casual exploration of the island will reveal them all.

The problem became one of ‘balance’ on the music. Heavy thrash metal isn’t going to work in this environment, while things like meditation, relaxation, and similar musics could get redundant and annoying if there are too many identical-sounding tracks. It defeats the purpose of the radio.

However, after a lot of combing down, I found between six to a dozen tracks for each music type that I liked, didn’t feel went way overboard, and would enhance the player experience in some way.

The radio took a little more work. I wanted to make it so the radio could visually tune into the stations and this required a little bit of coordination as I wanted to ‘turn’ the station knob, have the little arm move, and when the player wasn’t close to a known station frequency the radio would make garbage sound effects and static.

I actually like how it looks and feels. I wound up overhauling the Sound Controller scripting and I know I still have more work to do there, but as far as the radio goes, the player will hear it if they get close, if they pick it up the default music stops and the radio takes over, and as long as the player holds it the radio continues to play.

My goal for last week : a finished Radio : was almost finished. Tweaks are required before it’s fully on the to-done list, but I figure after I get caught up on my sleep I should be back in business.

Hope everyone is doing well. Thanks for stopping by!