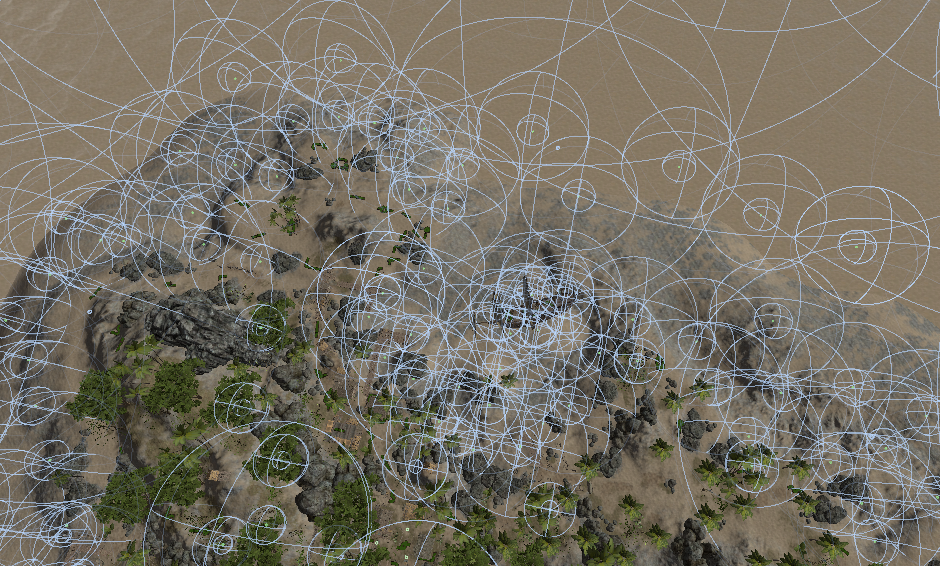 So this past week has been a bit of a ride, but here’s my update for Pirate Island Mini Golf.

The sound system, with all the logic for the overall ‘head’ music as well as the radio music, got a full and complete overhaul on the logic. It took several days but my initial/end goal was to completely optimize the code and reduce the number of co-routines and processes running that would take effect if the music is paused for whatever reason.

Working so intently with the sound led to the next stage, the environment. I’m pleased with the look of the world (ocean notwithstanding, but that’s on the to-fix list), but the sound of the world is… flat.

So I’m working even more with the audio, giving trees ‘creaking’ sounds as they move in the wind (which has more origin points) and the nearby wave sounds are now also complemented by further away full-on ocean effects. I’ve also created (near the beach-side rest areas) looping calm ocean wave sound effects.

It’s taking a lot of work to get the distance the sound carries right… it took a while to figure out why the galleon’s sails were heard flapping away on the far side of the island… and I discovered it wasn’t their fault, but the pirate flags instead.

But I’m also adding little extra things. Nothing too intensely game related, just little things that just add ‘flavor’ to the world. I mean, why have a small basket of cherries near one of the rest areas if you can’t take a handful and eat them?

So more progress, things actually sound really good (and are getting better) for the environment. Hoping that everyone is having a great week! More to come!