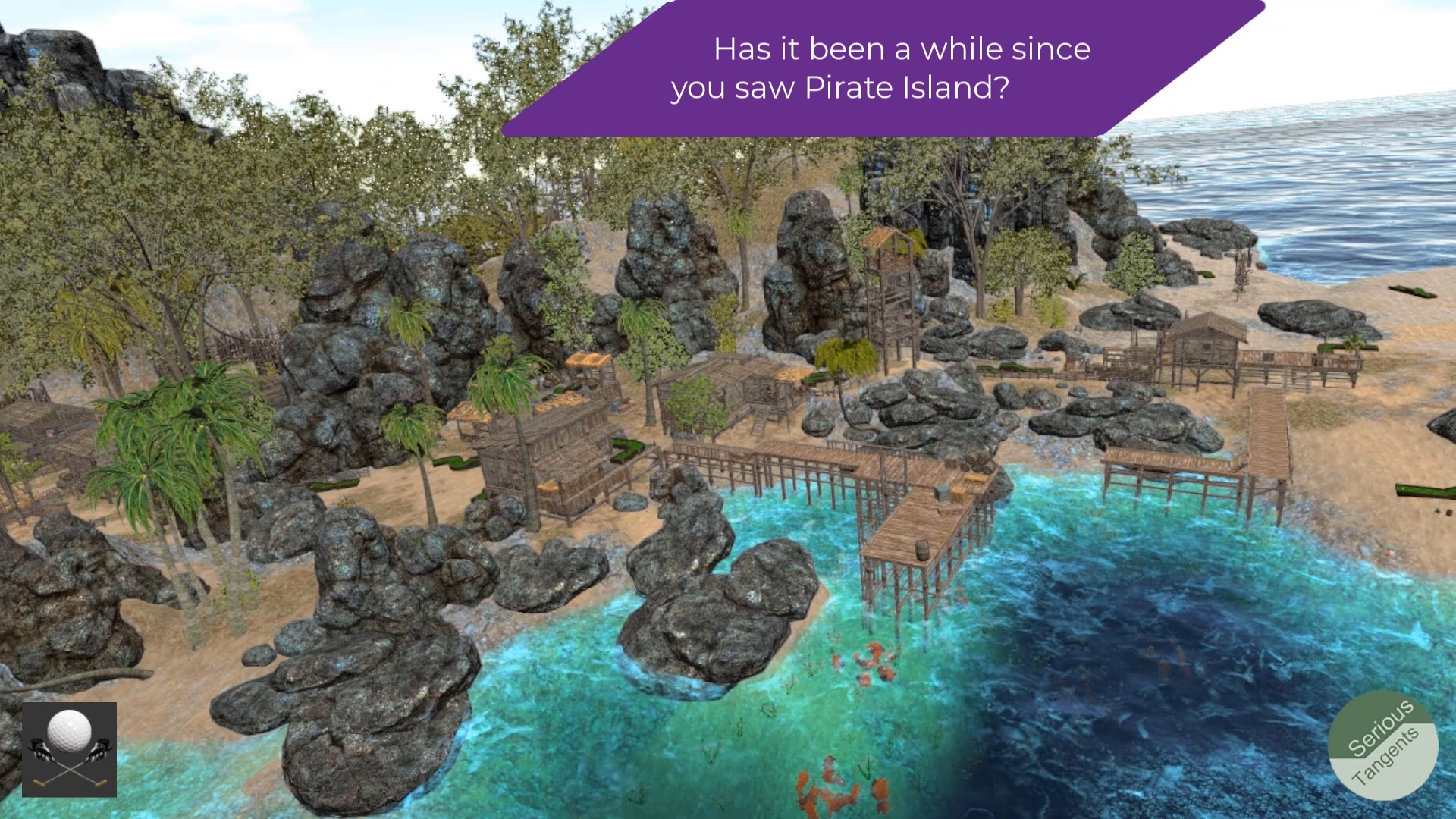 It’s been several very long months of research and study, followed by implementation and testing, but now I feel confident to upload and release my update for Pirate Island Mini Golf.

When I first released the game in early June, I knew there were a lot of things I wanted to add and implement into the game. Some things would be easier than others. I also knew that there was going to be a bit of a learning curve associated with the new features, specifically setting up multiplayer.

After some false starts and more than a couple weeks trying to re-invent the wheel and completely rewriting some of my code several times, multiplayer functionality started to take shape both for Autumn Park Mini Golf and Pirate Island Mini Golf.

I focused, at least initially, on Autumn Park because it had significantly less moving parts (literally) than Pirate Island. The code design was reasonably similar, and after a couple retrofits I came up with a fairly streamlined version of game that would support up to four players simultaneously.

Taking the lessons learned, I then applied the same logic/code to Pirate Island. But, as I mentioned, the Island has a lot of different moving parts that a simple first person game does not possess.

Nearly five months to the day, I am uploading and turning ‘live’ the Multiplayer update for Pirate Island Mini Golf – VR.

I will be keeping a very close eye on the various communication methods for players to reach out or to ask questions. I’m also planning on contacting previous reviewers to let them now of the significant update to the system. I’m also taking some time to run through and playtest all of the components of the game one final time, to make sure everything sticks and plays through if treated in a normal, realistic manner.

But needless to say, I’m really excited. With this complete, I will be temporarily putting development for Pirate Island on hold strictly to get some distance from the code. I will be using the break to perform some deep dives into new game development learning/training materials, and I will be poking around a possible new video game idea for the PC.

Of course, my novels are getting their final overhaul. This is also one area that I see things very close to publication, and I really want to pull the trigger.

Hope you are all having a great week! Look forward to giving you new, more regular updates on my progress!