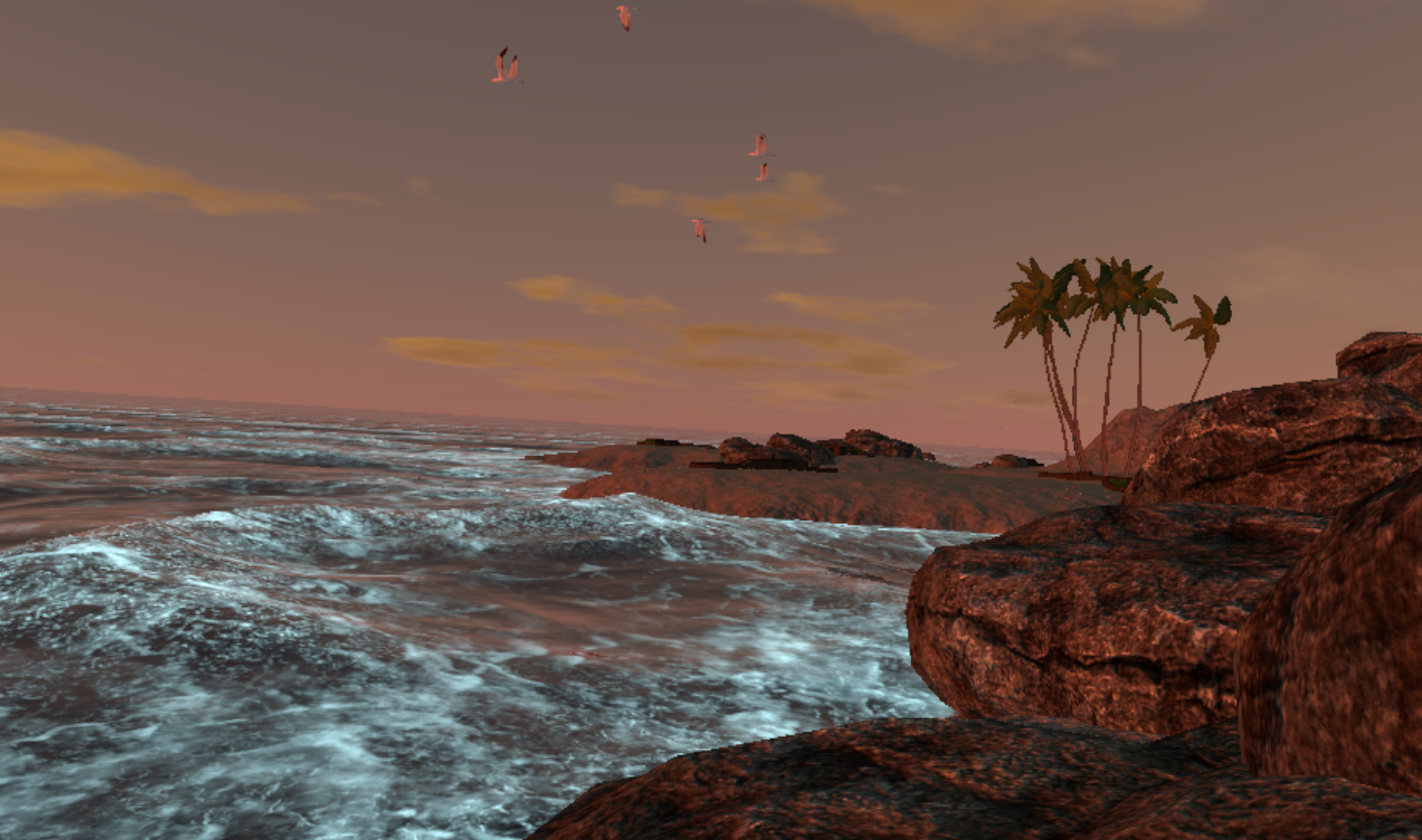 I’ve been in a real funk for a couple weeks with regards to my golf game. I was becoming increasingly dissatisfied with the quality of the ocean in the game yet didn’t have a clear-cut way of improving it.

My development platform, Unity, has some… quirks… with regards to VR (as I’ve previously mentioned). I’ve tried to upgrade to the latest version a couple of times and each time it somehow manages to slaughter some critical graphical aspect of the game. Lately, although I was able to get both eyes viewing in the VR system, all the textures look horrific (except for the ocean, which I bought not realizing I would need to upgrade my compiler version to utilize).

Now, to be fair, the guy who makes that ocean asset isn’t at fault. His creation is amazing, he constantly is working on improvements, and when I start my next project I will definitely use his version of the ocean. The problem is, visually, everything else breaks with the upgrade of the complier.

I’ve tried to work with the system a couple of times, wait hours for things to import and import and import again, only to have something screw up everything so my textures are pink, invisible, or show up but look like cardboard instead of stone/sand/plaster/wood/fish.

After a while I just face-desk and go back to actually working with Unity 5.6.5, and make the little tweaks I’ve been meaning to work on.

However, last night I decided after wasting yet another evening trying to get 2019.3.X to work, that I’d look to see if the developer of the ocean I bought two years ago and had working in 5.6.5 made any improvements to the code since I got it.

The real reason I was dissatisfied with my 5.6.5-version ocean was the fact it looked radioactive/glow in the dark at nighttime, and the foam just didn’t have the right appeal. But I had not downloaded any updates since I first imported it two years ago. So, I backed up my project and imported the latest version and updated everything.

Note to self: Upgrade assets every once in a while.

I am extremely pleased with the Ocean now, and I’m already tweaking some aspects of it so the foam eases up when the sun goes down (so it doesn’t reflect as much) and I’m also working on some distant odd pixelizations, but hell, I’m just happy the water actually looks like it’s someplace tropical.

This fixes the immersion problem that I was having with the project. I think, realistically, I don’t have an excuse anymore and I should start prepping myself to put an Alpha on Steam.