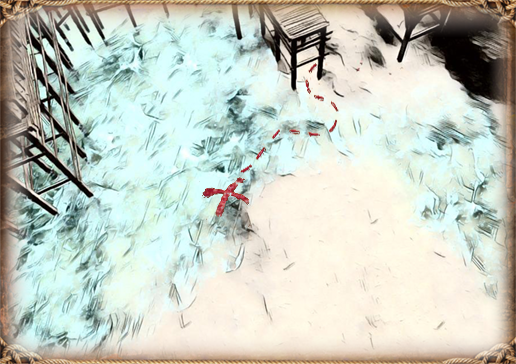 So one thing I wanted to implement for the Pirate Island Mini Golf game (that I didn’t believe I’d have time for) was an reward system that generated treasure maps or puzzle-based rewards the character has a limited amount of time to solve to bring the goods back to their home base.

Kind of a mini-game of sorts. Yes, you completed the golf game, now it’s time to find the treasure. I mean, it’s Pirate Island. There’s got to be treasure somewhere.

I spent no small amount of time mulling over how this is going to happen. I created some minor cosmetic rewards for completing a specific game, also linking achievements and cosmetically rewarding the player for a game played under par and the like, but something just felt lacking. Yes, a flag or map of the world is nice to see in your home base. A gigantic, heaping pile of gold coins is a much more impressive way to reflect the dedication to finishing the game multiple times over.

A large part of programming any project is the design phase, either mentally or literally sketching out what you want to achieve, how it should look to the player, what the end results are in terms of game play. It’s a brainstorming session of kicking around ideas until something just sticks as the right way to do it.

Then, once a general idea of presentation is accomplished, then the actual coding framework to make that reality is started. In all honesty, for me anyway, the coding is the relatively easy part. It’s the design/presentation stage that I spend a long time on, as I try to imagine different ways the player would feel not just rewarded, but the best kind of reward, for what they’ve done. Being a team of one, I don’t really get to bounce a lot of ideas off other people that could offer constructive feedback (a -large- part of why this game is being released Early Access).

Then other questions: What’s more challenging: having a sketch map of a location and trying to dig around until you find it or having the compass lead to a couple false locations before getting to the real one? Where does the player get the shovel? What are the end-results of the hunt? Do I add a layer where the player needs to use both hands to carry the treasure chest back or run the risk of dropping coins? Do I set a time limit on the whole affair?

Like I said: Design phase has a lot of permutations, questions, and these really need to be figured out before writing one single line of C# code.

But the more I mull this over, the more I realize that I simply need something, anything, that encompasses this general idea and have that in the June 8th release, with intention of fine-tuning it post-Alpha release. This is a great opportunity for the players to give feedback and help increase the general appeal of the game.

Can I code this in a week and have it be playable? Can I implement gems and crowns and golden candlesticks into the game? Can I make it all make sense from a player’s perspective?

Find out in our next exciting adventure of Dragonba…. err, my next update!

More to come! Have a great day, everybody!