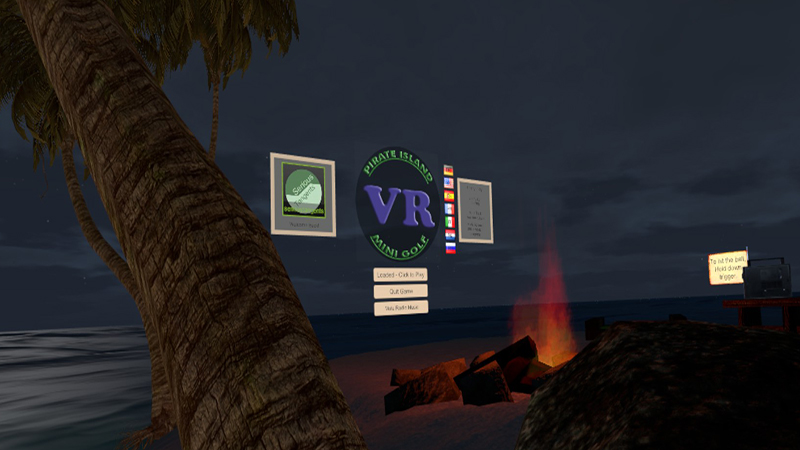 After several days of work and investigation, I’ve nearly completed the localization processes not just for Pirate Island but also for Autumn Park.

Localization involves a lot of confirmation and re-submitting translated text a couple times to ensure the right translation is coming back. The other half of the process is re-sizing the text boxes and button labels to ensure they can contain the additional letters or characters for the translated version of whatever the initial message was.

It’s not overly difficult, it’s just tedious because it involves going through and creating variables for each and every text box in the game, creating a style sheet for each language that will be supported, and then creating functions to force each text box to update to the correct contents based on the language selected.

I can’t say that I’m 100% done mostly because there’s some tweaking I need to do for specific areas. Par, for the most part, is ‘Par’ in the various languages I’ve set up, but one has a very verbose phrasing for par that I need to make space for. I also was trying to create a large area for the word ‘Stroke’ as the French translation was exceptionally long, until I took a closer look at the translation and realized it was referring to a blood-clot based stroke, not a golf club swing.

So… I had to do a couple manual overrides to get the words correct, and to be honest, I’m not 100% sure I have the right words for German or Russian. I lack friends that speak these languages fluently, at least friends I would feel comfortable hitting up to ask if this reads correctly. So I’m letting it percolate at 99.9%.

Still, with this being the state that it’s in, and also upon discovering a really whack issue with golf balls not returning to the tee location if an already-played course is queued up for another game, I decided to push the update through to the main branch rather than let it sit in a testing branch.

I’m puzzled because several of the keys I gave out for testing haven’t been activated yet, and I’m scratching my head as to why. To be fair, several of them were only sent out a couple days ago (I wanted the localization to at least be presentable for the foreign-language speaking reviewers) but the dozen or so I sent out previously still, for the most part, haven’t been turned on.

However, I’ve got my to-do list for the game and I’m continuing to move forward with development. I’ve started experimenting with locomotion that doesn’t involve teleport systems (barf bucket on standby) due to player request, and once this is implemented I will start working on setting up the render pipeline.

I was able to significantly reduce load times for the game thanks to changing out some of the audio files that were pretty damn huge for much smaller cousins. As the bulk of the audio doesn’t need to be delivered in any kind of stereo (as the single point of origin is the Radio), I was able to reduce it to mono and also do a couple of other adjustments and overall, I dropped the audio file size by a good 500MB. Doesn’t sound like much until you factor in the entire game size is only 2.3G (down from 3.1G). There were other optimizations that I performed, mostly reducing the overall file sizes for some of the sea shells texture maps. But now instead of having to wait several minutes for the initial screen to load and another few minutes to get into the game, it flows a lot more naturally.

Honestly, I wish I had known about this at the start of the month. I would have reduced quite a bit of load time both for the player and for the Unity system itself right off the bat.

Still, progress is progress, and I feel like I’m making some significant headway in the multiple game projects I’m working on.

With regards to the multiplayer requests, well, that’s going to be a little more difficult. I only have the one VR system and I don’t want to blindly throw together code and hope it works in a public arena.

So, what I’ve decided to do is implement multiplayer for Autumn Park. It’s essentially the same style of game, and most of the code is directly copied from Pirate Island (I overlaid all of the existing, four-year-old code in AP with the new code from PI) and since I programmed Pirate Island from the get-go with an eye for multiplayer, I have already coded in concepts like ‘has authority’ or ‘active player turn’ into the code.

Larry Niven wrote the novel “A world out of time” which is a decent read. In the novel, one of the plot points is that the Earth has been moved out of it’s orbit around the sun, now orbiting Jupiter instead. I can’t remember the exact passage, but they say something to the effect of “It’s more difficult to get off of an elephant than it is to get off of a duck.”

The analogy has to do with the complexity and potential danger of moving the Earth itself as opposed to moving another planet, which could then be used to tug Earth out of orbit using gravity. I can understand the logic. If you mess up moving the other planet you didn’t destroy the Earth.

I’m kind of applying this same logic to the multiplayer issue. I’m going to use Autumn Park, which isn’t VR, to implement and test the possibility and functionality of multiplayer. Then, assuming everything works and is confirmed to work, I can try to boiler-plate it over to Pirate Island.

VR multiplayer isn’t quite a simplistic as regular PC multiplayer, though, so I suspect it won’t be a simple copy and paste scenario. But hopefully it’s similar enough that I don’t have to drop 700$+ on a second VR system and -hope- my secondary PC is powerful enough to run it just to see if the other player is unable to hit the golf ball when I’m trying to line up my shot.

Anyhow, multiplayer is a ways down the road. My immediate focus once the barf train code is finished is to set up a render pipeline to improve my overall graphics and possibly update the oceans as well.

I’ve also been dabbling with a new novel. I’m spending no small amount of time driving as of late, and I’ve been throwing a lot of stuff into speech-to-text on my phone. I kind of abandoned my novel that was in progress at the start of the year to focus on The Clockwork Child. I’m about three-four chapters into it, and so far I’m liking where it’s heading.

Hope everyone is doing well. Have a great week, everybody!