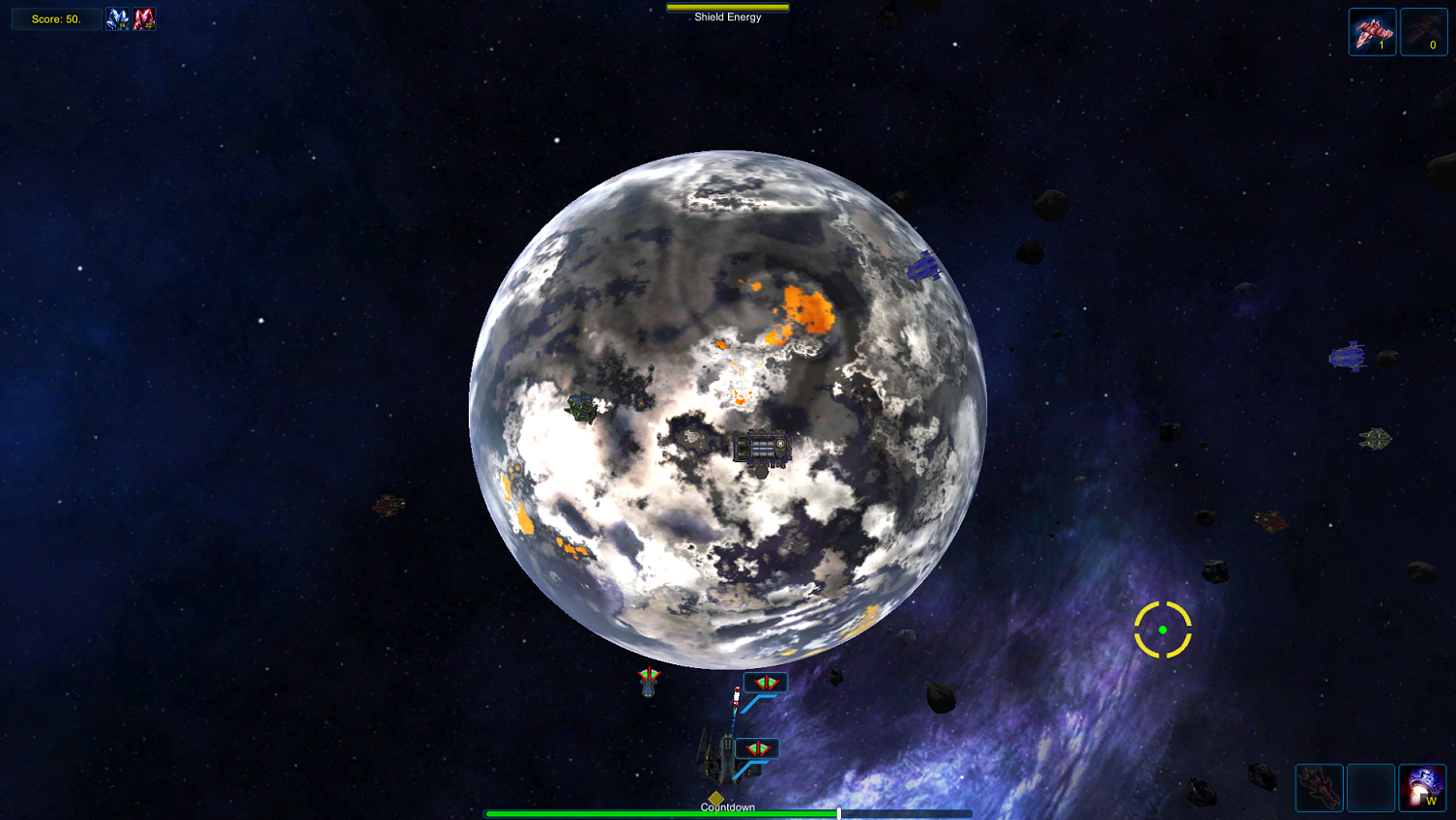 This past week, I’ve been updating the graphic interface for Pesky Humans, to make specific situations more intuitive, such as when the Scout ships have spotted a missile.

This short posting is more of a #ScreenshotSaturday post than a full update, but I wanted to show what this graphic interface is shaping up like. I’m planning on adding animated pilots this weekend for the various little dialogue bits they say as they’re flying around the screen before you squash them.

I’m satisfied with the interface now. I’m going to move on with the animations and hopefully can pull the trigger for a playable demo by Tuesday.