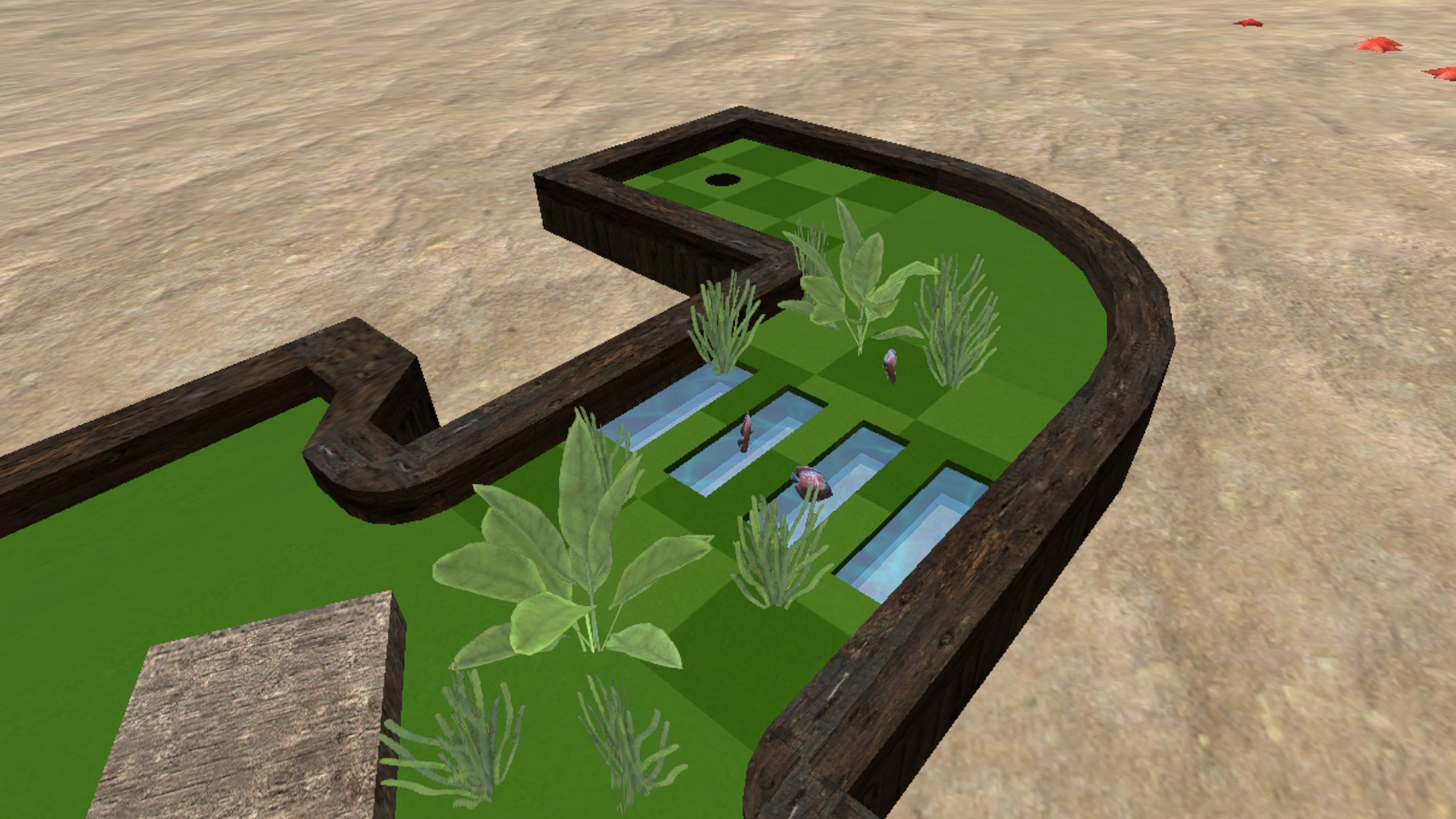 After several days of working with various editing software packages, I have created a couple of teaser/trainer videos for Pirate Island Mini Golf.

I’ve uploaded these to YouTube this evening and will start supplying links as appropriate tomorrow, for Screenshot Saturday.

The Compass, which is probably going to be one of the more useful items in the game, warranted a special video to show how it’s used as it may not be intuitive to the player and I wanted to avoid an overload of in game messages explaining how to use stuff.

The glove video, in particular, is one that I’m actually really pleased with. I decided on impulse to add the option in game where if you squeeze the trigger while holding a paper crane, it changes the color of your golfing gloves. Took two hours to program and implement, pretty painless actually! The video was filmed almost immediately afterwards to show it off.

The sea shells have been a repeated topic in my earlier posts, but I wanted to show them in action, showing how to ‘drop them off’ and also the end result of collecting and using the golf balls produced by the shells to trigger the course challenges.

I don’t have a marketing department by any stretch of the imagination, but I wanted to make the videos both ‘pop’ and supply useful information for the future players of the game. I’ve created two virtually identical versions of the videos. One for now, as I’m putting together the documentation for my store to build hype, and a second copy for when the game is actually available for sale. I’m aiming for just before Memorial Day weekend, but worry that I’ll be lost in the flood of other things that go on sale.

A dash nervous, I’ll admit. I don’t quite have a large peer review group to tell me their opinion. But hopefully these are received well, as intended, and ideally they will increase the fan base.

Hope you all are doing well. Looking forward to giving the next update!